Just over a year ago, Alex de Freitas and I collaborated to produce ‘Unseen Geographies,’ a tool to assist Alex with his research on the geography of free wifi. Alex was experimenting with Twitter as a research tool, to conduct short interviews with people about how and where they found and used free wifi. Twitter’s interface (nor that of any of the clients) was suited to what Alex wanted to do, and so we came up with a plan (in an all-night cafe near NYU, if I remember correctly), secured a small research grant from the MEIC, and built it. (It’s a private tool, so I can only share screenshots.) 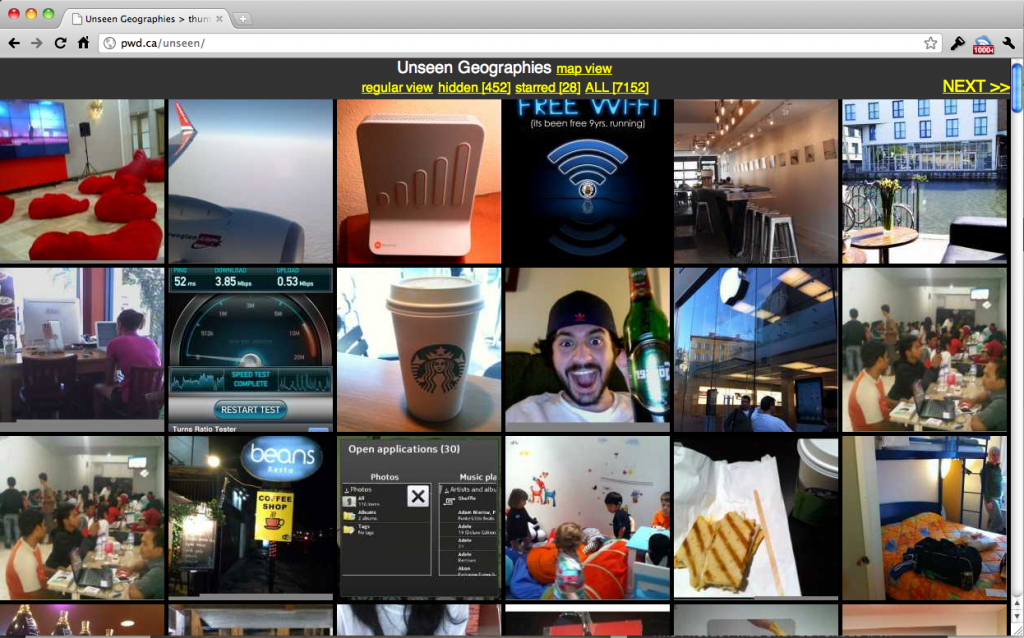 In the process of developing Unseen Geographies, we hit on another idea — which we never would have come up with otherwise. Since Alex’s search string worked so well for finding tweets that probably indicate the presence of free wifi, we figured that we could pop those onto a Google Map, and create a new way of finding probable free wifi locations. It took Alex about half a second to come up with a name: #twifi.

There a bunch more features we’d like to add, and also to make it look nicer. But I’m impressed with what we came up with in just a few hours!

This entry was posted in infoviz. Bookmark the permalink.