Check out the cool stuff we made at the Toronto budget mini-hackathon this weekend!

We parsed the 2012 city budget from a messy bunch of Excel files, and uploaded it to OpenSpending — which produces this interactive treemap: 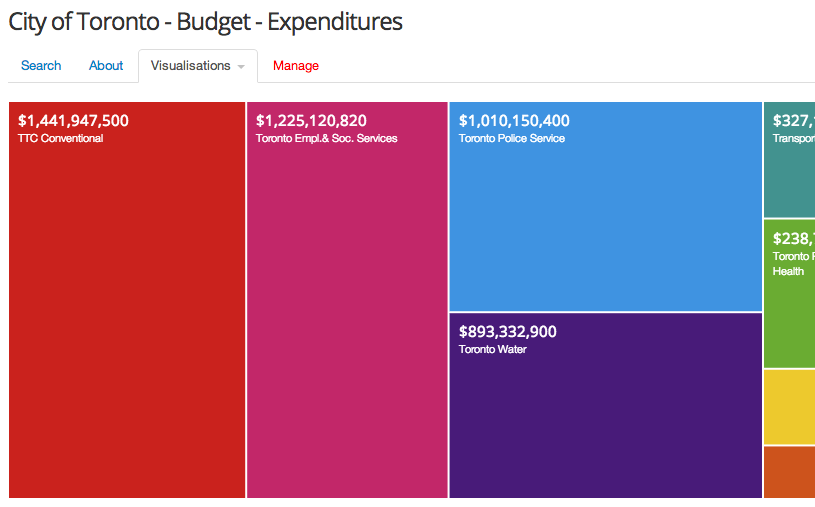 We also got the data into Tableau, and produced this less colourful but more readable treemap:

We slogged through an XML snapshot from the city’s Lobbyist Registry data, filtered out everything except the “particulars” of lobbyist activities at the City of Toronto (basically, descriptions about what they’re meeting about). It’s an ideal dataset for a tag cloud:

We also took that operating budget data, and built a zoomable pack layout visualization with it, using d3.js. (The interactive version needs a little more work, so in the meantime here’s a screenshot.) 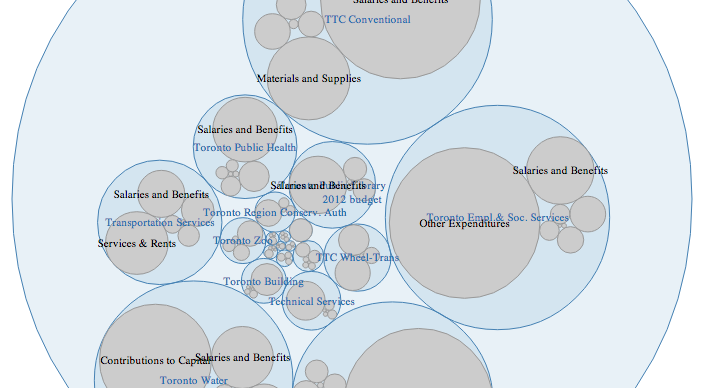 What we did, in more detail: 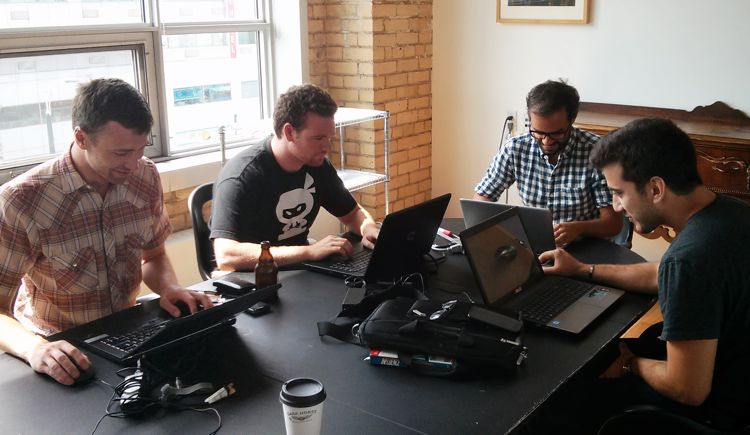 Thanks to Andrew, Alex, Alex and David for participating! Thanks also to Anders from OpenSpending, for organizing the global event! We’re floating the idea of getting together again in a few weeks, so if anyone else is interested in joining us, get in touch (gabe@pwd.ca).

This entry was posted in betterbudget, infoviz, urban+digital. Bookmark the permalink.